The short answer is “YES” you can.

Here is a snippet to demonstrate that SMSD is thread safe.

The latest version of the SMSD is not also thread safe but it also comes with optimised matchers (bond and atom).

For, example you could demand it to respect the ring matching (restrict) while finding MCS. 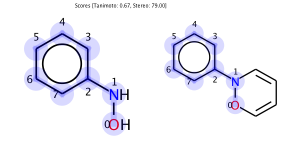 MCS with ring matcher OFF flag. 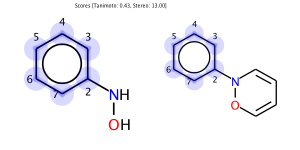 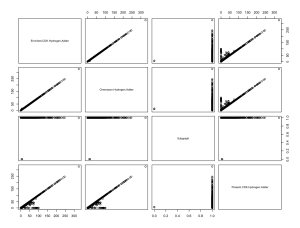 A chemically valid atom typing leads to better chemistry and consistent outputs from any chemo-informatics toolkit. In my previous post, I had highlighted the performance of the CDK atom typing on the KEGG dataset and the pressing need to improve it. Mr. Nimish Gopal (from IIT Roorkee, India) has taken up this herculean task to fix the missing CDK atom types (reported in the KEGG molecules) as part of his summer internship in Prof. Thornton’s group at the EMBL-EBI. Since I am deeply involved with this project, I thought it would be fruitful for the community to know about the progress we have made in this direction.

Aim: The aim of this project was to enrich the atom typing model in the CDK.

Assumption: A valid atom typing will lead to an accurate explicit hydrogen count.

Conclusion: We have successfully added around  124 missing/curated atom types in the CDK. They range from metals to salts, etc. You can find the atom type enriched CDK on my github CDK branch named as atomtype.

Model: We have performed cross validation using Chemaxon as gold standard. The KEGG molecules were used as test cases. Each KEGG mol file was read by the CDK; hydrogens were stripped and two cloned copies were generated. Explicit hydrogens were added using the CDK and Chemaxon on the respective copies of the cloned molecules. The explicit hydrogen count was recored and if they were empirically same then a subgraph Isomorphism search was performed on them (in order to make sure the hydrogens were placed correctly). 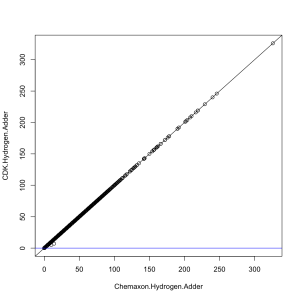 The failed cases are of ambiguous nature (C11065, C13932, C18368, C18380, C18384) and both softwares have different approach to handle such cases. The Chemaxon adds hydrogens to each atom in a molecules which is perceived correctly and skips ones (sets an error flag) which are not defined correctly. Whereas, CDK adds hydrogens to each atom in a molecule but exits (throws exception) as soon as it finds an untyped atom. Theoretically, they should end up giving same results but technically they differ.

The good news is that now CDK is able to atom type all the valid molecules from the KEGG database (June 2011 release). I am sure that there are few missing atom types which might crop up with some other small molecule databases ( e.g. ChEBI or PubChem etc.).

We are glad to learn about the strong interest shown by the CDK community to have this work integrated back into the CDK. Thank you all for your support, we (Nimish, Gilleain and myself) have already submitted a CDK patch and it contains the following atom types.

Lately, an interesting question was posed to me.

How can I join two molecules?

Here is a little snippet to perform this task in Java using the SMSD and CDK.

You can download the java source UnionMolecule and java executable Union.jar. 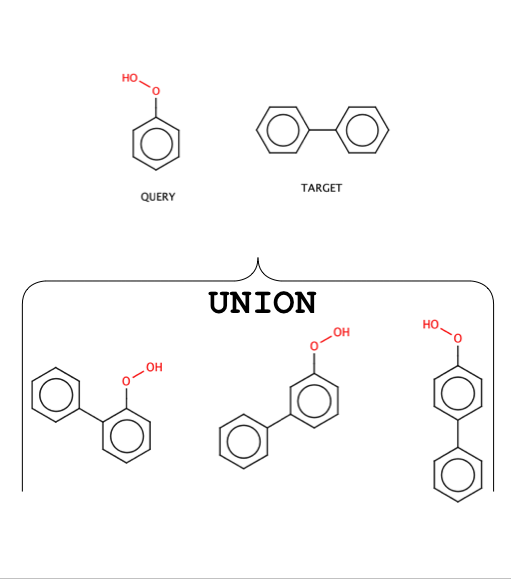 Union between query and target molecules